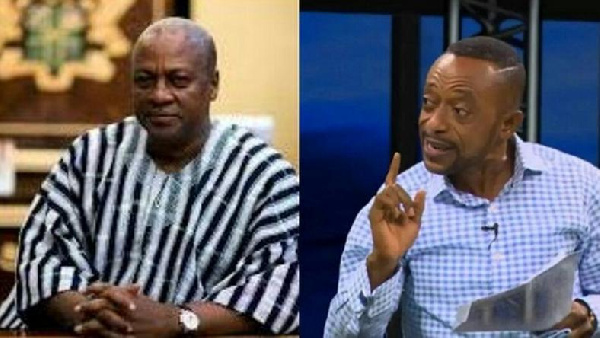 This is according to an aide to the Founder of the Glorious Word and Power Ministries International, Charles Owusu, who recounted an incident when Mahama met with Mrs Owusu Bempah.

He told Kofi Adoma on the September 16 edition of Angel FM’s Morning Show that the former president and Mrs Owusu Bempah met last Monday at the Kumasi Airport where there were boarding an Accra-bound flight.

“President Mahama walked to the wife and told her ‘sorry, I hear your husband has been arrested. Your husband has peddled a lot of untruths about me but I never once responded. But I will never touch God’s man.

“I had the power during my days as a president to arrest him, so sorry. So if you go, tell him that maybe he feels I have a gripe with him, but there is nothing like that and that I sympathize with him’,” Charles Owusu added.

Owusu Bempah was arrested last Sunday at his church premises over an incident where he is alleged to have threatened a former fetish priestess, Nana Agradaa.

Viral videos showed Owusu Bempah in a car with some aides brandishing guns in front of the residence of Agradaa. Owusu Bempah along with three junior pastors are facing charges relating to threat to harm and threat of death.

He was refused bail by a Circuit Court on Monday before his lawyers proceeded to the High Court where he was granted a 200,000 Ghana cedis bail.

His aide, Charles Owusu also gave an account of dramatic scenes at the Police Hospital where Bempah was sent for medical attention, blaming the Acting police chief George Akuffo Dampare of being behind some of the highhanded measures used by police guarding ailing Owusu Bempah.