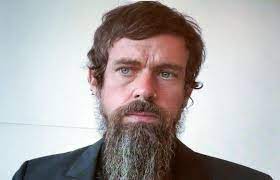 Twitter co-founder Jack Dorsey will be stepping down as Chief Executive Officer of the company.

CNBC cited anonymous sources familiar with the matter, while reporting the development.

Reuters and The New York Times have separately reported that they have been told the same.

Dorsey founded Twitter in 2006, and has been serving as Chief Executive of Twitter and payment firm Square.

BBC reports that Dorsey had been under pressure from some investors to step down last year, in favour of a CEO with a single focus.

On Sunday, Dorsey had tweeted that: “I love Twitter.”

UPDATE: Dorsey has just announced on his Twitter page that he is resigning. “I want you all to know that this was my decision and I own it. It was a tough one for me, of course. I love this service and company,” he writes.

He adds that “there’s a lot of talk about the importance of a company being founder-led. Ultimately I believe that’s limiting and a single point of failure. I’ve worked hard to ensure that this company can break away from its founding and fathers.”

Asempa fie
January 18, 2022
18 Wheeler Accident Lawyer San Antonio They wreak havoc on victims and their families due to the massive damage and serious...

Asempa fie
January 18, 2022
Offshore Accident Attorney and why you need one When we are working offshore can be exciting, but it can also...

Asempa fie
January 13, 2022January 13, 2022
Insurance In Germany and what know about them Are you an indigene of Germany, or are you planning to travel...

Asempa fie
January 12, 2022
That is about 35,000 car accident injuries in the Phoenix area alone. Many injury victims are unaware of the full...

Auto insurance is expected to cost 5% more in 2022. Here’s where it’s the most and least expensive