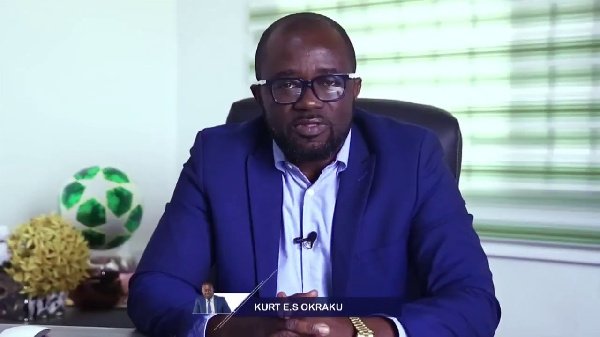 South Africa failed to qualify for the World Cup play-offs after losing 1-0 to Ghana in Cape Coast last Sunday.

A first-half penalty from Andre Ayew was enough to separate both teams after Daniel Amartey went down following a challenge from De Reuck.

The penalty, which was awarded by Senegalese referee Maguette Ndiaye, has since been contended by South Africa FA.

On Monday, SAFA announced that it had lodged a complaint at FIFA to have the match investigated and possibly replayed.

The Association also organised a press conference on Wednesday, where they alleged match-fixing, match manipulation and bemoaned other decisions they felt directly influenced the game.

However, reacting to this in a statement released on Thursday morning, the GFA took exception to the allegations, referring to them as frivolous and baseless.

“We wish to state categorically that the allegations are frivolous, baseless and lacks merits and should be treated with all the contempt that it deserves,” a section of the statement said.

“These allegations from South Africa Football Association are nothing but a planned scheme and a calculated attempt to shift focus from the defeat, divert attention from their failure to qualify for the play-offs and unjustly dent the hard-earned victory of the Black Stars.”

Meanwhile, FIFA has acknowledged receipt of SAFA’s complaint, saying investigations are ongoing into the allegations.

Asempa fie
January 19, 2022
Coach Milo boldly tells Ghanaians after Ghana’s last game against Comoros that his side deserved the defeat contrary to the...

Asempa fie
January 19, 2022
Asamoah Gyan believes the current Black Stars squad have disappointed Ghanaians by failing to make it out of the group...

Asempa fie
December 22, 2021
Thomas Partey was an agent in the dressing room of the Arsenal team convincing fellow teammate Eddie Nketiah to play...

Auto insurance is expected to cost 5% more in 2022. Here’s where it’s the most and least expensive