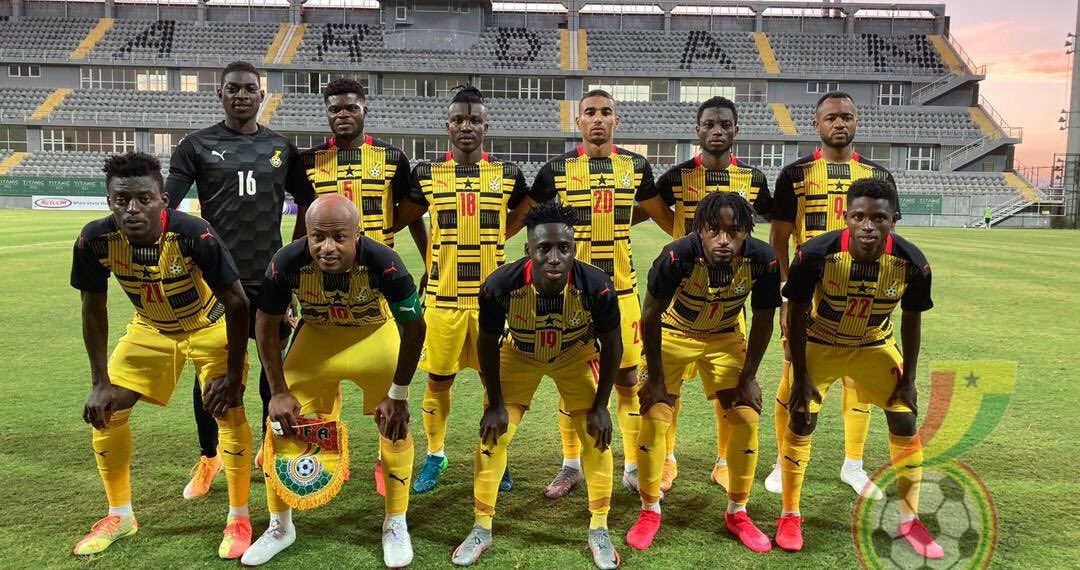 The youngster has been replaced by striker Benjamin Tetteh who was a substitute in the 3-1 win over the Warriors in the first leg at the Cape Coast Sports Stadium on Saturday, October 9, 2021.

Captain Andre Dede Ayew will also start the game from the bench after being replaced by Real Mallorca defensive midfielder, Iddrisu Baba Mohamed who was introduced in the first leg from the bench.

The Serbian coach maintained all his top players in the first leg against the Warriors without the exception of Andre Dede Ayew and Fatawu Issahaku who will watch the first half of the game from the dugout.

The game will kick off at 1 pm at the National Sports Stadium today in Harare, Zimbabwe.

Asempa fie
November 29, 2021
GHANAsoccernet.com brings to you a report on the performance of Ghanaian Players Abroad over the weekend in their respective leagues. Our...

Asempa fie
November 29, 2021
South Africa FA president is unhappy with FIFA His gripe has to do with a World Cup qualifier playoff protest...

Asempa fie
November 24, 2021
President Nana Addo Dankwa Akufo-Addo has donated a sum of one million Ghana cedis to Premier League club ahead of...

Asempa fie
November 22, 2021
Former Black Stars goalkeeper Fatau Dauda has one of the most interesting Twitter accounts in the country. Though his posts...