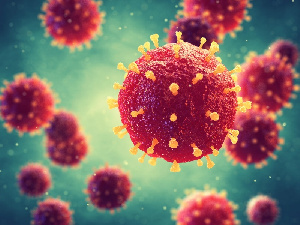 Malaysia’s Ministry of Health (MOH) on Sunday reported 26 coronavirus-linked deaths, the most in one day, taking the national total to 1,683.

Most of the dead “had chronic underlying conditions,” according to Noor Hisham Abdullah, the ministry’s director-general.

A record 416 people are in intensive care units due to the virus, the ministry said.

Malaysia has South-East Asian’s highest seven-day rolling average of daily case numbers per million people, according to official data collated by Johns Hopkins University and the University of Oxford.

After daily numbers jumped to a two-month high last week, the county’s economic heartland of Kuala Lumpur and neighbouring Selangor was locked down for two weeks, starting Friday.

Citing “advice from the MOH,” Defence Minister Ismail Sabri Yaakob said on Sunday that a district in Johor, a southern state bordering Singapore, will be put into lockdown from Tuesday.

The restrictions will run through next week’s public holiday marking the end of the Muslim fasting month of Ramadan.

The government has said it will not impose a third nationwide lockdown, citing concerns about the economy, which shrank by over 5 per cent in 2020.

Official first-quarter 2021 gross domestic product estimates are due to be announced next week, with another contraction expected after a second national lockdown spanning January and February.

Malaysia’s border has been closed since March last year, and emergency rule was imposed in January.