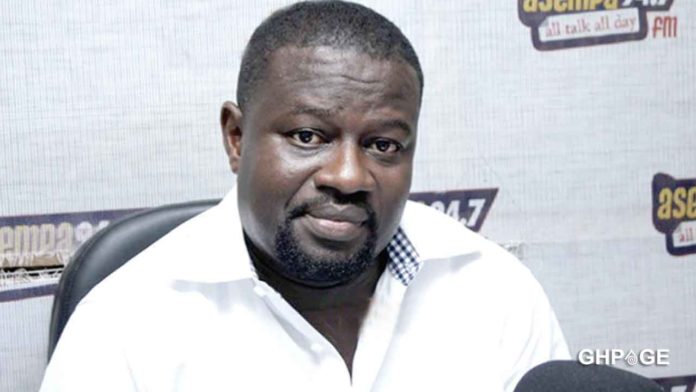 Asempa fie
May 5, 2021
Facebook
Twitter
Pinterest
LinkedIn
Read Time:53 Second
The Nsawam Adoagyiri MP, Frank Annoh Dompreh has described the #FixTheCountry-a call on the government of Ghana to provide the necessities for Ghanaians- as ‘gyimie’ which means nonsense.

#FixTheCountry has been trending on social media for days now intending to call on the current leadership of the country to fix the mess and hardship being experienced in the country.

According to the Chief Whip for the NPP caucus, there’s a great need for people to get themselves fixed before calling on the government to fix the country. He made these comments via a post.

The politician outlined some key factors he thinks the subjects should take a look at that in one way or the other affecting the growth and development of the nation.

He pointed out the fact that citizens don’t pay taxes, enjoy illegal connections, etc all have negative effects on the country.

Asempa fie
June 18, 2021
The Speaker of Parliament, Alban Bagbin, has cautioned the leadership of both majority and minority against springing surprises on him...

Asempa fie
May 28, 2021
• President Akufo-Addo recently travelled to Europe with Airbus ACJ320neo owned by Acropolis Aviation • The total cost of his...

Asempa fie
May 10, 2021
The second term of President Akufo-Addo has witnessed several protests from citizens who are not satisfied with how the affairs...

FISHERMAN ATTACKED BY A WHALE.