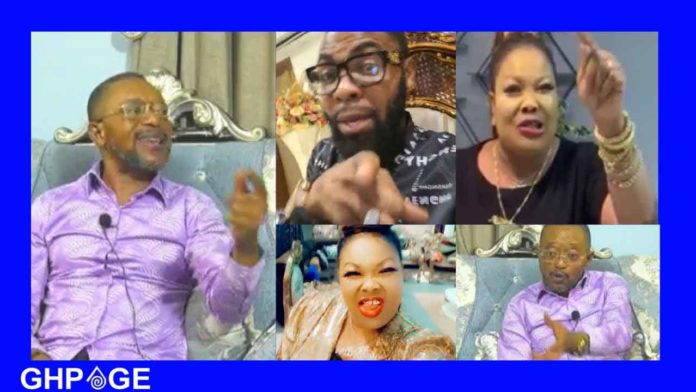 Rev. Isaac Owusu Bempah has finally waded into the ongoing beef between Rev. Owusu and Nana Agradaa on social media, detailing his side of the story.

As you all know, the ‘information superhighway’ has been hot lately. The founder of Anointed Palace Chapel, Rev Obofour is beefing with popular fetish priestess Nana Agradaa.

Rev Obofour who according to him is not taking things lightly anymore has bared his teeth in full rage to Nana Agradaa who, on the other hand, is not losing guard.

Amid this beef, Pep Donkor in a video alleged that Rev Bempah is behind the reignition of the scuffle between the two religious personalities.

According to her, Bempah is the one inciting Obofour to reply to an attack on Agradaa in a way to get back at her in equal measure.

She opined that the Founder of Glorious Way Church has some damning secrets with the ‘Sika Gari Komfuor’ Nana Agradaa hence using Obofour to cover his traces from being exposed.

Reacting to the allegation levelled against him by Pep Donkor, Isaac Bempah said he has nothing to do with the fetish priestess.

Rev. Owusu Bempah made some surprising disclosures in the video below; Take time to Watch;