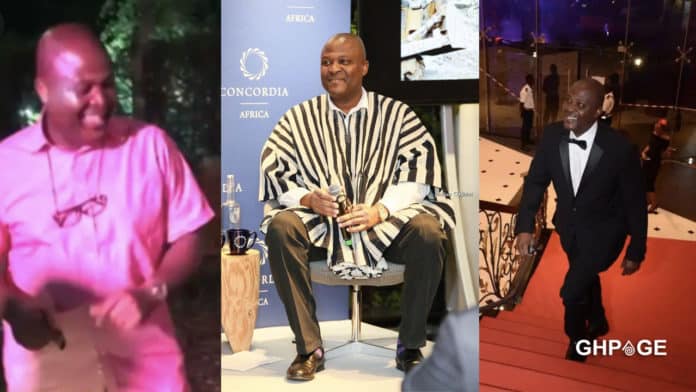 Business mogul Ibrahim Mahama has shared with Ghanaians and the world how he became successful after his return to Ghana after spending some years in the United Kingdom.

Ibrahim Mahama recently launched a book giving full details on how he moved from grass to grace with just one motorbike.

In the book titled “Destiny”, he made it clear that he believes very much in destiny who has brought him to where he is today.

He explained that if not for one man he identified as Uncle Seth, he wouldn’t have been who he is today thanks to destiny.

During the launch, he told a short story of how he returned to Ghana in the year 1997 with just a motorbike.

He was desperate to start up a business and needed cars to help him achieve his aim therefore sort the help of Uncle Seth who never knew him.

The CEO of Engineers and Planners went on to say that Uncle Seth offered him all the help he needed and now he has gotten to this point in his life.

Ibrahim Mahama is a Ghanaian businessman, and the founder of Engineers and Planners, the largest indigenous-owned mining company in West Africa, and the owner of several other businesses in Ghana. He is the younger brother of John Dramani Mahama, President of Ghana from 2012 to 2017.