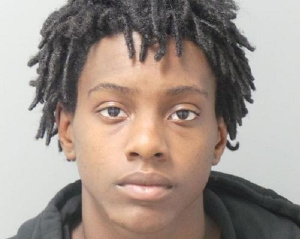 A 17-year-old, Torian Wilson, has been charged with murder by authorities of St Louis, Missouri, USA, for killing Elijah Newman, 45, a Ghanaian immigrant and a Lyft driver.

The suspect who lives at the 8500 block of Mora Lane in St. Louis, was also charged with armed criminal action in the shooting of Newman on Thursday, April 15, at St Peter’s.

Newman was found dead in a car shortly before 11 PM in the 1200 block of Peggy Court, east of Riverview Boulevard in the Baden neighbourhood.

He had been shot in the torso.

In the charging documents filed on Saturday, April 17, 2021, Wilson admitted to being at the scene of the shooting after police apprehended him nearby with a gun that matched a bullet casing found next to Newman’s body.

Detectives found Wilson by tracing his phone, after linking his email address to a series of recently reported carjacking of ride-hailing companies in the area, police said.

They used a search warrant to trace Wilson’s cellphone and located him within a 1,700-metre radius of where Newman had been shot, St. Louis Officer Thomas Walsh said.

Police found Wilson with a handgun in a bag, Walsh said. The gun matched the bullet casing found by Newman’s body.

Wilson “admitted being at the scene”, Walsh said. The probable cause statement did not include more details.