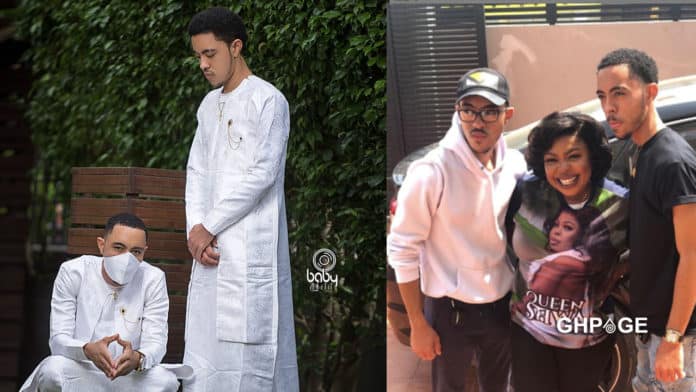 Controversial presenter and self-acclaimed Queen of Comedy Afia Schwarzenegger has disclosed in the latest interview that her sons James and John are womanizers.

According to her, she has sacked about two or three ladies from her house who are trying to have a relationship with her twins because she is not okay with them.

She went on further to say that Naa Korshie who was recently in the news for dating his son James is actually his side chick and not the main chick that some people have been made to believe.

It would be recalled that Afia Schwarzenegger after the relationship between James and Naa Korley went viral on social media, came out to say none of her children was going to get married to a Ghanaian.

This comment from her left people wondering why she would make such a statement undermining Ghanaian ladies when in fact some are better than the foreign ladies she is asking her boys to get married to.

In the interview, she reiterated that she has heard the comments from people but she still stands by the fact that she is not allowing her twins to settle down with Ghanaian ladies.

She ended on the noted that her boys are in Legon to study and not to look for wives.