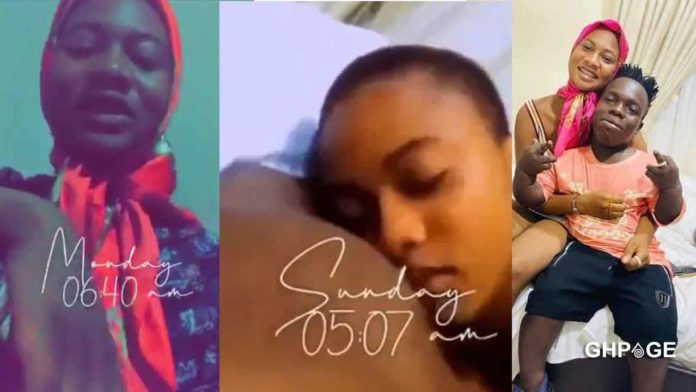 The young girl in the viral bedroom video of Shatta Bandle  finally spoken in regards to the rape allegations against the diminutive personality.

In a video, the young girl identified as Aisha explained that nothing sexual transpired between her and Shatta Bandle.

According to Aisha, she only took a Snapchat video with Shatta Bandle because he is a celebrity.

Aisha also denied being raped by Shatta Bandle and pleaded with Ghanaians to stop peddling lies about them.

“We weren’t having sex, it was just a normal snap but we can see it’s really trending. He wasn’t having sex with me, he is a celebrity and everybody wants to take a picture with him. It is not a rape”, Aisha noted.

Watch the video below;

This comes after the Tamale-based socialite was accused of raping a 15-year-old girl in a video he shared online.

The uncle of the young lady known as Mahama Haruna claimed the family are taking legal actions Shatta Bandle for kidnapping and raping their daughter.

0
Inlady reported to have been raped by Shatta Bandle speaks, Video: Aisha