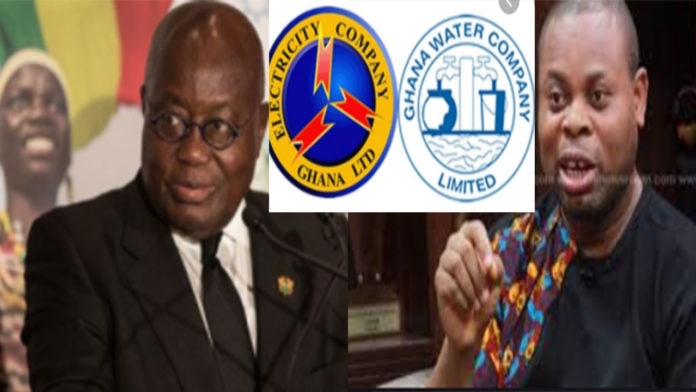 The founding president and the Chief executive officer of IMANI Ghana Franklin Cujoe has descended heavily on some Ghanaians who are now complaining of the new taxes introduced by the Akuffo Addo led Government.

The CEO of IMANI Ghana Mr Franklin stressed that those who are now loudly wailing over the heavy taxes introduced by Government should just shut up and endure.

When the Government of Ghana introduced the free water and light bill initiative last year during the peak of the coronavirus pandemic, the government was massively applauded for the move to relieve the citizenry from hardship.

Franklin Cudjoe noted in a facebook post that there is nothing like freebies in this world so Ghanaians should just embrace themselves to pay pack whatever freebies they are enjoying.

After the majority leader Hon Osei Kyei Mensah read the 2021 budget in parliament last week where the new taxes which have been introduced were announced, many Ghanaians have been speaking with most having a dissenting views with Government’s decision to introduce new taxes at this tough times.

The IMANI bos had this to say to some of the people “Had we not wickedly aided the EC with nearly GHS900M it fraudulently used in procuring needless biometric machines to give us the most discredited elections ever, we would have avoided imposing 20 pesewas tax on petrol.

Some of those attacking us when we raised these issues will be paying the tax. Just keep quite and suffer. Sia like that” Mr Franklin Cudjoe said on his facebook page in reaction to the newly introduced taxes.