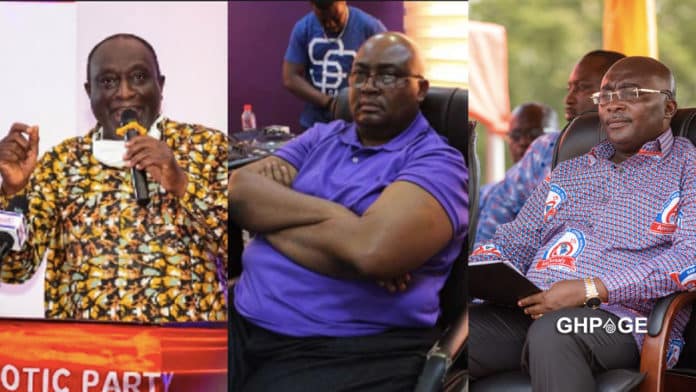 Renowned Ghanaian pollster Ben Ephson has spoken about the current fight within the NPP in connection to who leads the party into the 2024 elections.

Since the 2020 Elections, questions about who leads New Patriotic Party into the next elections is been asked.

Some party supporters especially those in the North are rooting for Vice President Dr Bawumia to lead the party while the other section is also wishing Minister of Trade Alan Kyerematen aka Alan Cash takes over from Nana Akuffo Addo.

But according to Ben Ephson, Northerners who are die-hard supporters of the NPP are sitting and patiently monitoring what is happening within the party.

He went on to say that if the NPP choose to go in for an Akan to lead the party, they(Northerners) would come to the realization that the party only sees them be good for votes and not lead the party to an election.

“If NPP settles for another Akan, there us going to be that feeling from persons from the Northern regions who have been voting for the NPP that the NPP uses and dumps them especially when the late Aliu Mahama (may he rest in peace) got less than 7 percent in the 2007 presidential race of the NPP. So that could lead the people to think that they only use them for votes and judging from 2020, the Northern regions gave the NPP quite a fair number of seats”, he said.