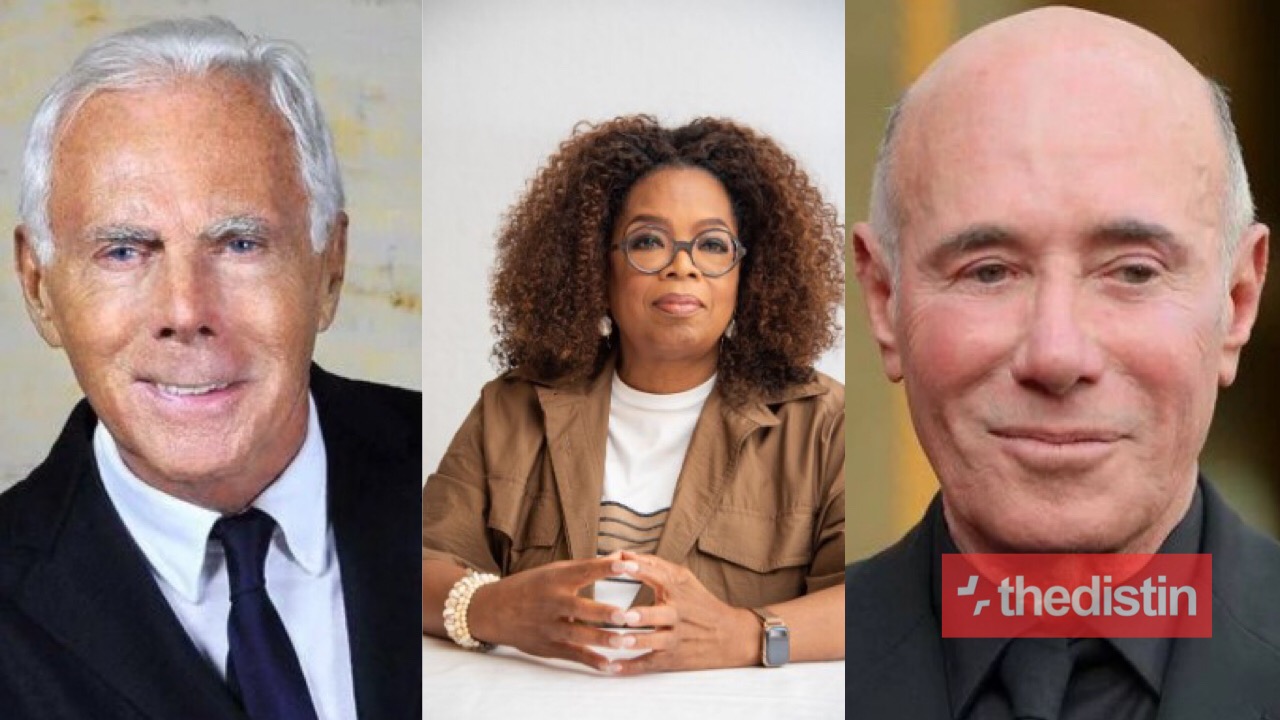 Oprah Winfrey, Klaus-Michael Kuehne, Charles Butt, Giorgio Armani, David Geffen amongst others are the rich billionaires who have no kids.

Children are a blessing to their parents and hence, they become a priority in marriages.

Many rich people who might have difficulty giving birth go to the lengths of adopting babies and raising them as their own children, making children a great thing for all.

One of the advantages that many people wish for is having children to care for the family and property after a parent has died or has reached old age.

We will all die one day, and be mindful that this is not a terrible thing, particularly if you have children.

But, if you’re in the shoes of those affluent individuals, knowing that they may die without someone to take care of their assets can be depressing.

Here are the rich billionaires who have no kids and what they do with the assets.

Oprah Winfrey did give birth to a son when she was 14 years old, a product of the sexual abuse she’d endured from the age of 9. The infant died just two weeks after he was born, and though tragic, Winfrey says she viewed it as a chance for a fresh start

Oprah Winfrey is 2.6 billion dollars Networth but does not have a child to take over her riches when she’s no more.

Since 1989 Klaus-Michael Kuehne, German billionaire, has been married but he has no children to take charge of his worth 28.6 billion USD.

Kuehne is an only child and has no children. His charitable foundation will manage his wealth upon his death.

Charles Butt is a renowned American corporate philanthropist and businessman. He loves kids who donate many times to museums for children.

Butt, who has no children, is a longtime supporter of educational causes; H-E-B gives 5 percent of pretax earnings to charity and thousands of pounds of groceries to local food banks each year.

Sadly the $11.1 billionaire of 82 years does not have a son or a daughter to inherit his fortune.

Legend of Italian fashion, Giorgio Armani is 8.6 billion dollars rich. He is 86 and does not have a kid to take over his tremendous fortune when he’s no more.

The value is 7.9 billion dollars to David Geffen. This is a great deal of money. David Geffen is now 77, but unfortunately he is into dating men. No kid to pick up David Geffen where he left his empire at death.

0
InPHOTOS: Checkout 5 World Billionaires In Their Old Ages But Have No Children To Inherit Them