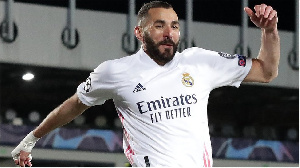 Once dem confam di final eight teams, each team go dey drawn from one pot to decide who go face who and who go dey home first.