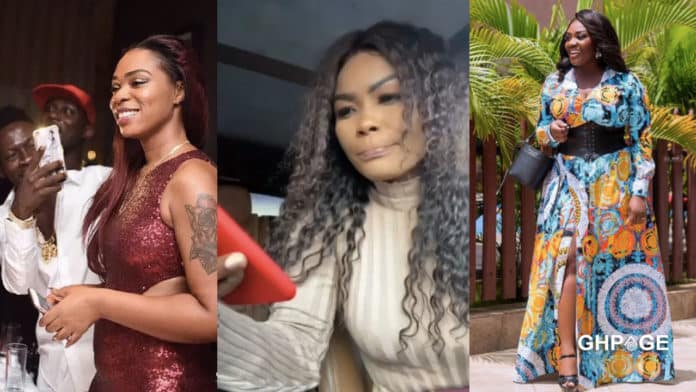 Magdalene Love aka Magluv has once again dropped a bombshell and this time around has fingered Kumawood actress Emelia Brobbey as some of the female celebs Shatta Wale has slept with.

According to her, Emelia despite knowing that Shatta Wale was in a relationship with Michy as at that time was always ready to come and warm his bed adding that she even sometimes call to say she miss him.

Emelia Brobbey into her blasting because she claims the actress threw shades at her (Love) during an interview with Michy.

Playing parts of the interview in which the actress asked Michy about a lady she believes to have caused her breakup with Shatta, Love called Emelia Brobbey a hypocrite.

She further wondered why the actress did not tell Michy that she had been sleeping with Shatta Wale when she (Michy) and Shatta were together.

Kumawood actress Emelia Brobbey is yet to comment on this allegation from the cousin of Shatta Wale who claims to have evidence of all that she is saying and would drop them at the right time.