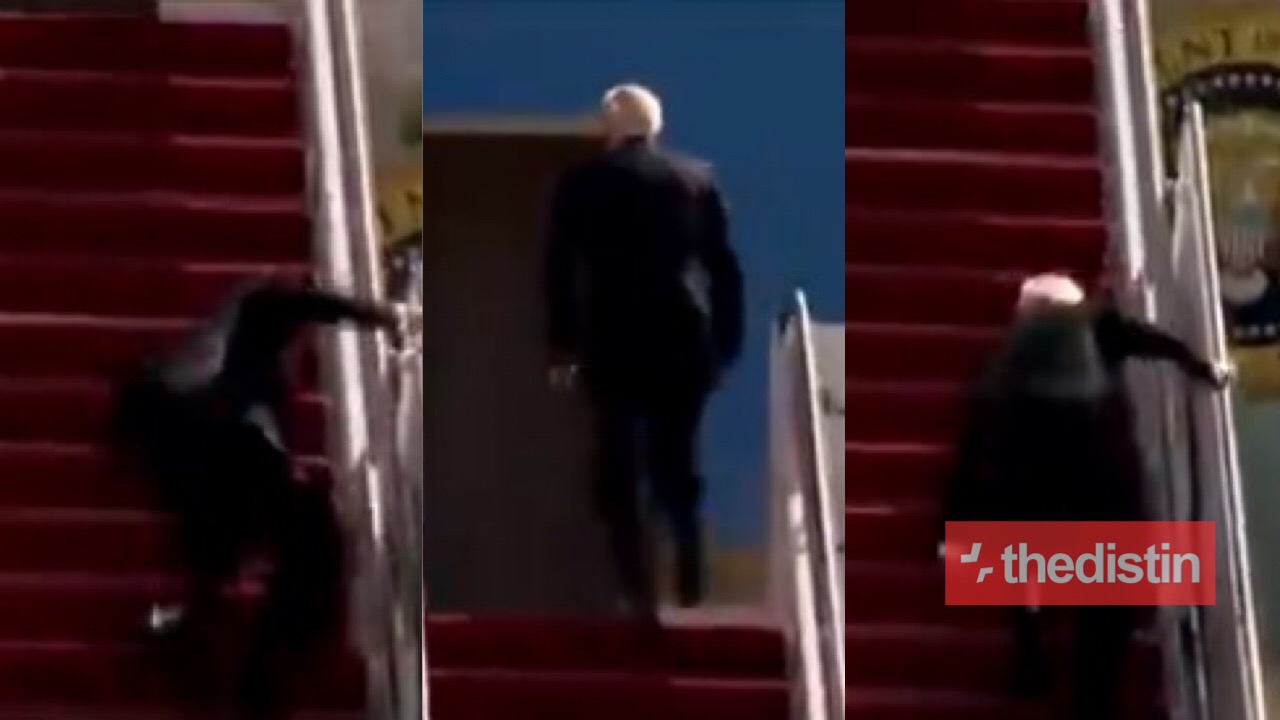 He was on his way to Georgia when he missed his step three times while boarding the Air Force One.

Following the incident, Donald Trump Jr, the son of the 45th US President, took to Twitter to mock his father’s successor.

He shared a video of Biden falling and wrote: “I remember the press bashing Trump for touching the rail once. Biden falls repeatedly but I’m sure he’s the picture of health. No wonder all our enemies are pouncing simultaneously and mocking him publicly.”

He also shared a doctored video showing his father, Donald Trump Sr., playing golf, and when he hit the ball, it flew and hit Biden on the head, causing him to fall.

His caption on the video reads: “It wasn’t the wind folks.”

In another post, he wrote: “Pay no attention to the fact that the President of the United States is so frail that he got knocked over repeatedly by a gust of wind.

“Nothing at all to see here, folks!”

Watch the videos below.