Strongman explains why he is not responding to Amerado‘s Beef

In the music industry now artist beefing each other is now way of winning the hearts of fans and getting more factions on a particular artist which is very common now.

During an exclusive interview on Radio One Fm, the multiple award winner stated that Amerado has been throwing shades on his lines against him but it’s not necessary to respond to his critics. According to Strongman he can pray for you to bring a Grammy award home but if he doesn’t give the “F” word about you it makes you nothing to him.

I have just 11 years to live – Paa George

In September 2019 Strongman won the best rapper in South Africa which makes him a rap God and he stated “If I throw shades in my lines no matter who you are, you’d definitely respond to the beef because when i throw shades it touches your heart.”

According to Strongman he’s a business man so there’s no need to beef unnecessarily, before beefing an artist he has to check the weight of the beef and what it will bring before doing it but he doesn’t beef because of emotions.

” I can’t buy food with emotions therefore, I check authenticity of the beef and the personality of the person and the level because the last beef i engaged myself i had 105K in 5 hours and it has to be commercially rewarding and aside that i need to enjoy the beef itself.

According to strongman he doesn’t jump into beef anyhow because the ball is in his court therefore he can’t tackle but he keeps going but if it’s the vice versa he can therefore tackle. It looks like Amerado is not fit to beef Strongman because strongman is the rap God. 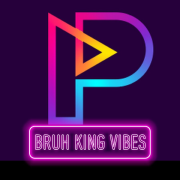 IMF bailout: How Oppong Nkrumah answered question about use on National Cathedral

Strika, who appeared in “Beast of No Nation,” is back on the streets selling coconuts.